What is Guitar Speaker Break-in and is it Real?

Oh, here we go! This is almost as a contentious topic as tonewood on electric guitars. Is speaker break-in real or a myth?  When it comes to guitar speaker break-in you are probably in one of two camps?

I fall into the second camp. I don’t think it makes any difference in the majority of the speakers out there.  Please let me elaborate.

When it comes to guitar amps, I’ve owned close to 40.  When it comes to replacing speakers I’ve done this at least 15 times in the last 10 years just on my own gear. I have also had the opportunity to test about 15 more speakers right out of the box and also “broken in” versions of the same speaker.

Every time that I have replaced the speaker in an amplifier it instantly sounds better or worse than the previous speaker.  A poor sounding speaker will not sound better once you run it in for a few hours.  You can try all you like, but it won’t fix a terrible sound.  There’s a lot of misinformation about guitar speaker tone changes over time especially from certain YouTubers who never even play live or up loudly.

Just for your reference.  Speaker ‘Break-in’ is also referred to as ‘burn-in’.

The Argument for Speaker Break-in being a myth.

This is my personal experience with speaker break-in and why I don’t think it’s a real thing.  I had a chance to test an Eminence Wizard speaker many years ago straight out of the box.  It sounded great but it was very bright on the high end.  It was one of those frequencies that’s really hard to dial out.

My friend put this speaker in his Fuchs Blackjack 21 amplifier for a solid year of gigging.  He always liked how loud the Eminence speaker sounded but always complained about it being too bright.  A year later, it was still way too bright.  He was playing 1-2 regular gigs a week for almost a year and the speaker never “broke-in”.

Another key argument is my Eminence Tonker sounding the same after lots of very loud gigs and many, many jam sessions.

The Argument for Speaker Break-in being Real

“My speaker sounded way better after I broke it in”, I hear you cry! Well, there might be some speakers out there that might “soften up” after a lot of use but I wager my car on you not being able to tell the difference in a blind shootout.  There have been many such shootouts like this on YouTube and the results speak for themselves.  The difference is imperceptible to the wider audience.

Below is one such video comparison.  This is about as clinical of a test as you will find (while still being musical).

Those who can hear a difference wouldn’t be able to tell any difference if they were hearing it in a live mix.  The overall inherent frequency is still the same.

The times I have been happiest with guitar speakers immediately, they have proven to be just as good a few years down the track with no apparent tonal shift.  Sure, over the course of 5 years you might find some frequencies change but not in the way that you probably expect.

What about Certain Brands of Speakers?

The only one brand of a speaker “I think” may have softened up after several loud gigs were Celestion speakers.  This doesn’t apply to all of them either.  The only Celestion speaker I noticed a possible difference with was a Seventy-80.

I have never noticed any break-in change of tones from a Vintage 30, Celestion Creambacks, Greenbacks, or Alnico Blue speakers.

Eminence speakers sound the same out of the box as they did 2 years later in my experience. I have noticed no appreciable change in their tones. This is true for speakers such as the Tonker, Swamp Thang, Texas Heat, Red White & Blues, and Wizard.

A brand new, out of the box guitar speaker will subtly shift in tone over the first few hours of playing as the fibres within the cone start to relax and become more pliable. Don’t worry too much about this change, its natural and many people believe that this improves the sound, making it more ’rounded’ and pleasing to listen to.

Some players prefer to speed up this process, this is what is referred to as breaking-in; they deliberately soften up the cone in order to bring the speaker to it’s optimum state in terms of tonality.

You’ll hear about lots of different breaking in techniques. Some play random noise through their speakers, others prefer to play music through them for many hours.

There’s plenty of debate over the technique to use for break in and how long to do it for, but they all achieve the same end, softening up the cone and rounding out the sound. Below is our preferred method.

Important Note! Before breaking it in it’s advisable to warm up the speaker gently for a few minutes with low-level playing or background hum.

Break in a speaker with a fat, clean tone: turn up the power amp volume to full, and control the level with the preamp gain. Use a level that will be quite loud, but not painful in a normal size room.

Have the bass and mid up full, and the treble at least half. On your guitar, use the middle pick up position (if your guitar has more than one pick up) and play for at least an hour, using lots of open chords, and chunky percussive playing.

This will get the cone moving, and should excite all the cone modes and get everything to settle in nicely. The speaker’s tone will continue to mature with additional hours of playing, but this will get it most of the way there.

Speaker Break in According to Eminence Speakers

Speaker break-in will vary from model to model. It can even vary between two of the same model. The degree to which a speaker has reached break-in is a very subjective topic. Some players like them right out of the box and others want to beat them to within an inch of their lives. Most players hopefully fall somewhere in-between. There really is no “magic” inherent in speaker break-in methods.

The speaker will continue to break-in naturally throughout its lifespan, but the most noticeable amount will occur early on. Some of the most widely used techniques for break-in include: Playing music through the speaker at moderate volumes for a few days (some players even have specific songs they use), Using a Variac, Hanging the speaker with the cone facing downward to promote suspension sag, and Physically moving the cone up and down.

We often use a noise signal generator at 20Hz with enough current to get the speaker moving smartly for a few hours, but without abusing it. Guitar speakers are generally not accustomed to very low frequencies and it is easy to harm them if you are not careful. The most highly recommended and safest way is several hours of higher volume playing.

Guitar Speaker break-in really comes down to the type of speaker you are replacing.  I read more about Celestion speakers changing and softening up over the months/years than Eminence speakers. Have I experienced this myself? No.  Any tonal changes are usually down to how I’ve decided to EQ the amplifier.  My Artist Tweedtone 20 (check it out) has been used to death and I can’t hear any immediate difference. The Tweedtone is loaded with a Celestion Seventy 80.

My final thoughts about break-in are this: If you don’t like the speaker as soon as you put it in, you will probably never like it.

If you are new to changing speakers and want to know more about how to choose a speaker I highly recommend you check out my detailed article about what you should know before changing speakers. This will cover all of the FAQ regarding speaker replacement. 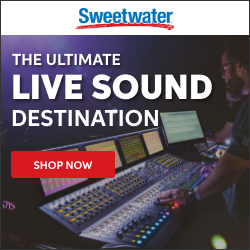